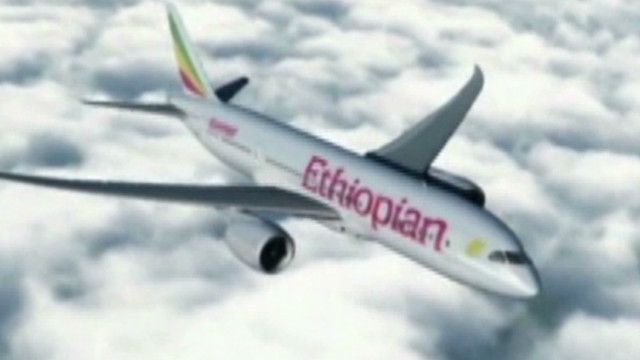 STORY HIGHLIGHTS
Marketplace Africa offers CNN viewers a unique window into African business on and off the continent. It is the destination for movers and shakers at the forefront of African business.
(CNN) -- As the first airline outside Japan to own Boeing 787 Dreamliner, Ethiopian Airlines has an impressive business record despite the global economic crisis. Growing 20 to 30% a year for the past seven years, the airlines' strategic plan is to carry 18 million passengers a year by 2025.
Read related: EasyJet founder to launch low-cost airline in Africa
Tewolde GebreMariam, the airline's CEO, says his company is cashing in on Ethiopia's double-digits economic growth and its strategic location.
"If you draw a line through China, Africa, India and Brazil we are located right in the middle," he says.
Read related: Worth the wait: Boeing 787 a hit with first passengers

First S.C.-built Dreamliner lifts off
But the company's future success depends on its ability to deal with Africa-specific pressures. Aviation infrastructure on the continent is lagging behind the rest of the world, and the lack of qualified pilots and technicians means airlines need to invest millions in education and training.
Read related: Flier comfort: Boeing 787 myths and facts
As the global airlines continue to suffer from high fuel prices and dropping numbers of passengers, GebreMariam remains confident about the future of the industry in Africa.
He sat down with CNN's Jill Dougherty to talk about the company's route to success.
CNN: You just flew in on Dreamliner. What do you think is significance of this?
Tewolde GebreMariam: Today we got the opportunity to experience what it looks like and what it can offer to customers and to airlines. So I would say to customers, there are a lot of new features. We experienced the amount of humidity at 40,000 above sea level. You feel like you are at 6,000 above sea level so it's more humid. So it reduces drowsiness and dryness, fatigue and jet lag.
The windows are much wider than what we have in other airplanes today. From one of side of the airplane you can see the other side. It's 50% composite matter. Much lighter. And as a result of that, it is more fuel efficient -- it consumes 20% less fuel than airplanes in the same category.
Read related: Farnborough airshow special coverage
CNN: I understand you have a 15 year plan with Ethiopian Airlines and the target is to meet ten billion dollars a year in revenue. What does that goal tell us about Africa's aviation industry?
TG: Ethiopia is growing very fast. 11% GDP for the last decade continuously. It's among the fastest growing economies in the world. Africa is growing, so we are growing together. In our vision, 2025, strategy plan is to operate 120 airplanes. To more than 90 destinations, generating about 10 billion dollars, carrying more than 18 million passengers, 720,000 tons of cargo.
We've been growing for 20 to 30% per annum compounded for the last seven years. So in seven years, we have multiplied the airline by five times. So this growth is predicted to continue mainly because we are leveraging and harnessing on our strategic location. If you draw a line through China, Africa, India and Brazil we are located right in the middle and we take advantage of this growth because these emerging economies are growing very fast.
Video: 787 Dreamliner takes off
CNN: What other challenges you face in Africa that companies outside of Africa might not face?
TG: We have many challenges. You are right. The first one is infrastructure. Airport infrastructure or aviation infrastructure in the continent. It is not as well developed as the rest of the world so much work is needed there. We're working with African governments to improve on that. The second one is brain drain from Africa to the developed world. And particular to the Gulf, and so this has been a problem for most African carriers. I think for all of us. But going forward we are building a huge aviation academy, the capacity has grown from 150 graduates to 1000 graduates a year. So going forward this program will give opportunity for the country.
CNN: Where will this Dreamliner fly? What's the route?
TG: This Dreamliner is the first in Africa and also the continent of Africa is first for us. We are a truly African airline. So it will be in Africa for the time being. When we get the second one we will utilize it on the Washington route.
CNN: So we can take it! So you have plans to buy two?
TG: No. Ten. Already ordered. We'll take delivery of four of them before the end of the year.
Ivana Kottasová contributed to this report.
Posted by Guihon at 10:41 AM